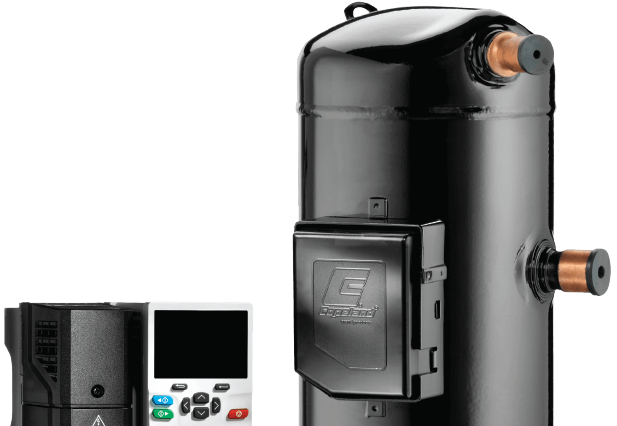 Given that HVAC systems spend many operating hours at part load, overall compressor efficiency is much greater with inverter scrolls than with digital scroll compressors, resulting in an average 20% IEER improvement. 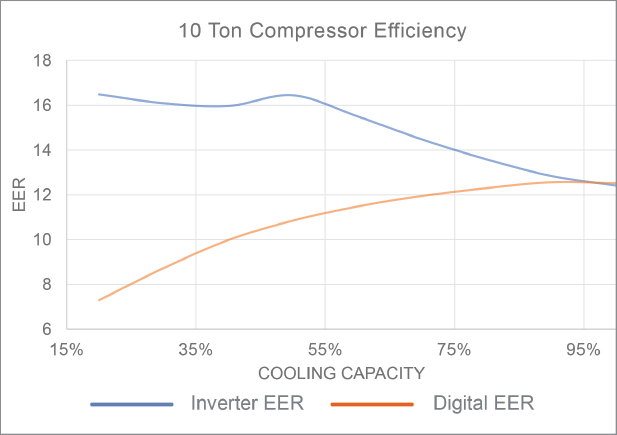